Join us for our Third Thursday Program

On the third Thursday of each month, the Hoover Presidential Foundation and the Hoover Presidential Library and Museum will present a special evening program with speaker reception, free to the public! The receptions begin at 5:30 p.m. and guests will enjoy light appetizers and a choice of beverages. The program will begin at 6 p.m. and usually lasts one hour. Topics vary by speaker and all are family-friendly! 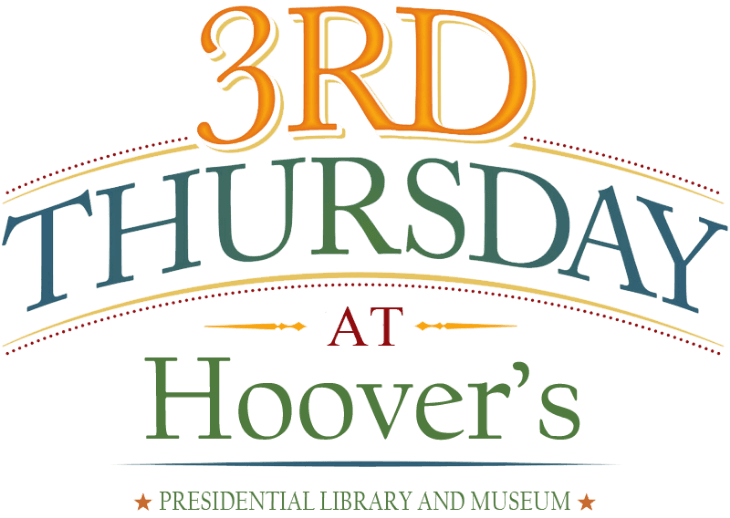 5:30 - 7 p.m. in the Figge Auditorium Presented by Garrett Cloer, Chief of Interpretation and Cultural Resources, Herbert Hoover National Historic Site Each year, people across the country celebrate their nation's independence on July 4 even though Congress actually voted for it on July 2!  Join us for a look at the real story of the creation of the United States as Herbert Hoover National Historic Site Park Ranger Garrett Cloer discusses the critical months leading to the independence vote, the Declaration of Independence, and its impacts and afterlife.

Interested in seeing what other events are going on here at the Hoover Campus? Visit our Events Calendar page!